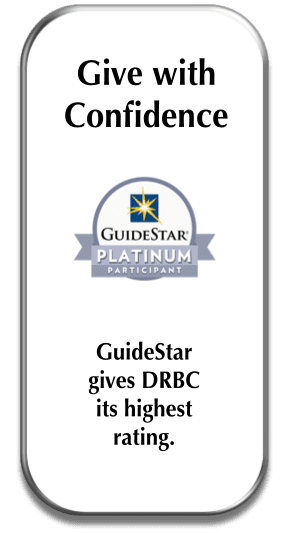 Snoopa's story is a favorite here at DRBC. We tell it often. This is a story of a dachshund that had the worst of beginnings. He was abused, neglected, and abandoned before he made his way to us. His rehabilitation took over a year, and there were days when we had to look back at the progress Snoopa made to assure ourselves in moving forward. Supporting Snoopa was one of the best decisions we ever made as a group. We hope you enjoy his tale.

It was a cold, dark, rainy night [Really, it was.] as a volunteer from one of the area all-breed rescues handed over the crate containing the 8-pound charge named Snoopa. They had rescued him as an owner turn-in—the reason: nasty dog.

An exam of Snoopa when we arrived at his foster home was shocking. I'd be nasty too if no one ever fed me or cared for me or trained me or loved me. This was Snoopa.

It became clear that Snoopa had no socialization skills at all and that fear and the need to defend himself from things known and unknown were pretty strong. Snoopa snapped at everything and everyone. He had to be separated from the group.

As we read through Snoopa's limited paperwork, it was clear he had never had veterinary care. Some additional digging into his background revealed that he had been beaten and starved as a means of training. Backgrounds like this make for long and difficult rehabilitation and dogs like this are rarely placeable; in a shelter, Snoopa would have been euthanized.

A so the voyage to Snoopa's new life began.

Notably emaciated and without a history of vet care, it was off to the hospital for this little guy. Most DRBC dogs are a welcome sight at the vet's office. Deep down, the most abused dog will melt with the love and attention they receive there. This is also where socialization begins. Not for Snoopa. Sedating him for his exam was the only way even the most experienced staff could get close. Vaccinations, blood work, quick neuter, and Snoopa was ejected. Too staff intensive, and a guaranteed 'will bite.'

Back at the Foster home, Snoopa remained a challenge, even to feed. Believing he would be kicked once the food bowl was placed in front of him, Snoopa had developed a skill for attacking his feeder so that the food would scatter and he would be assured something to eat. Sad that something so basic would evoke that type of response.

Enter 'the Snoopa Timeout System.' [There was no Dog Whisperer back then, so we did the best we could.] Beginning simply and using a crate and a leash, Snoopa quickly learned that biting while being offered food led to 10 minutes in a crate before the next attempt. It only took a few days to put the bowl safely in front of him and a few more before he was happy to see us coming with his new favorite event - a meal.

Now to socialize with him. One thing dachshunds can be credited with, besides their stubborn nature, is the idea of consistency. Introduce something new to Snoopa, like housemates, Snoopa would charge ready to bite. Time after time, lesson after lesson, Snoopa charged. So, time after time, Snoopa got a 'time out.' It didn't take this bright little guy long to figure out what that meant, but we were sure the egg timer would never outlast the Snoopa training program.

Months passed, and before long, he was with DRBC for a year. Snoopa learned and learned during those months. He found that not all people are that bad, and other doxies are OK too. He learned the 'Time Out' command and would go into his crate when breaking a rule. Eventually, he self-disciplined placing himself in timeout for ten minutes for things only he knew he had done wrong. He had come a very long way.

One day a nice man came to pick his dog named Oskar. Oskar had been staying at his old foster home while his parents were out of town. Oskar was an older guy, but he and Snoopa had a lot of fun together. The man sat on the floor with them both, and after a while, it was time to go. The man told Snoopa he was going to talk to his wife about him. Yeah, you and everyone else thought Snoopa.

A week went by and then two and then, then, then, you guessed it, the man came back with his wife. Unbelievable, thought Snoopa. Here for me, nah, they must be going somewhere, he thought. She sat on the floor with Snoopa too! She was nice. He liked her. And he liked the man. And he like Oskar. And Snoopa was lucky he got a new home.

Today Snoopa lives the life. His brother Oskar passed away not that long ago, but while he was here, they shared many exciting adventures in their new loving home.

We delight in seeing Snoopa when he returns for his brief visits. His journey was a long one but so well worth it.

The training Snoopa received was kind and supportive. It allowed him to become the very best dachshund he could be

At DRBC, we know there are all too many Snoopa's out there that will not reach us and many to many, not as neglected and abused as Snoopa once was, that need to be trained. Please make a difference and learn the language of companionship today; it is called training.

Need help? Call or contact us at the number listed, the email provided, or on our contact page. We can help you. We know how. We helped Snoopa.

Snoopa is pictured here enjoying the sun. All saves are special here at DRBC, but Snoopa's remains one of our favorites.