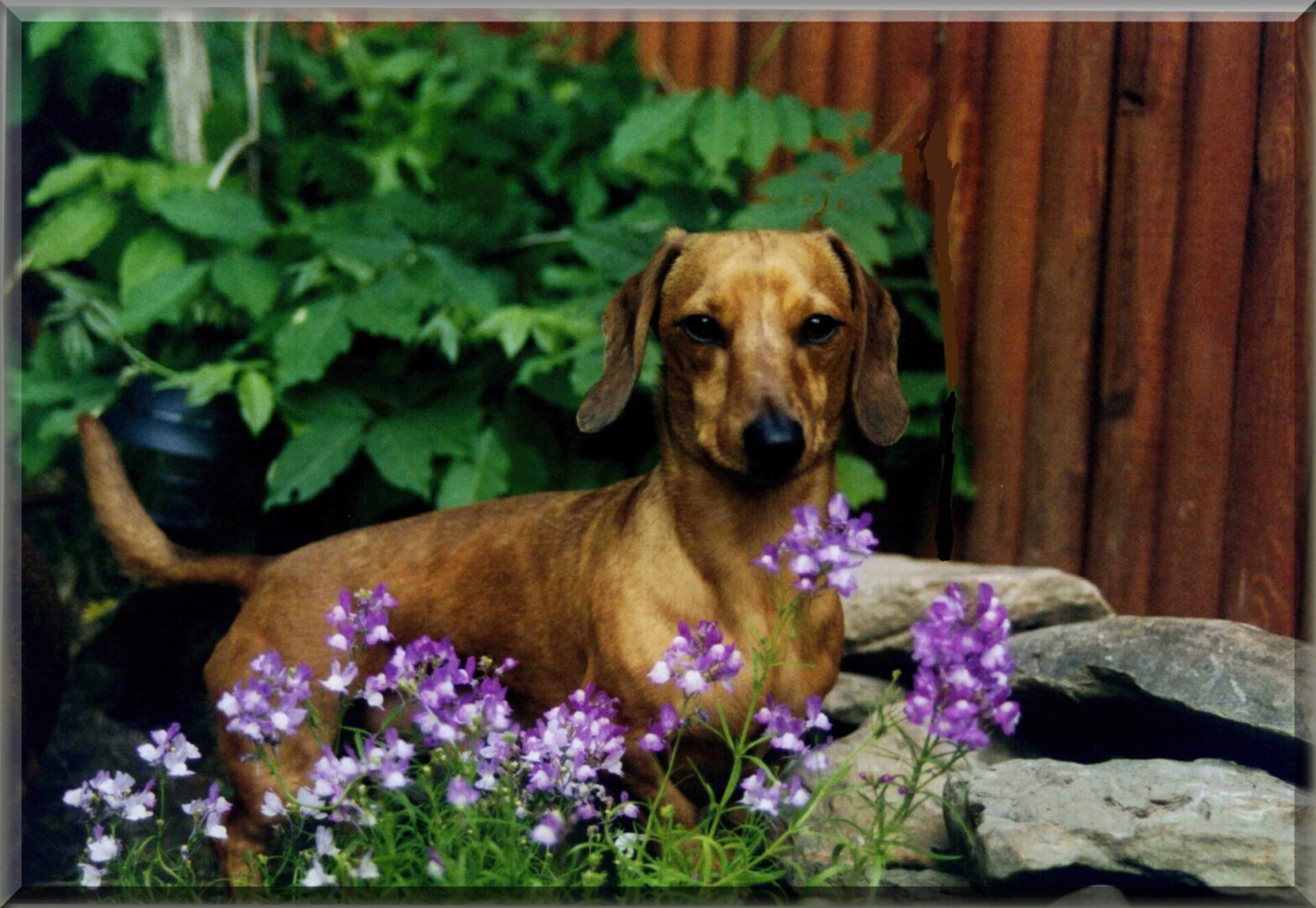 We at DRBC are no different than you. We have 'misplaced' a few in our time, and we know how you feel. Please read Smokey's Story below, and you will see what we mean.

It was a typical Fall Saturday here in Bucks County. There was a light breeze, and it was threatening to rain. The little girl down the street wanted to help me walk my dogs, and I reluctantly agreed.

It didn't take Smokey, pictured at the top of our banner and 14 yrs at the time, to get away from her. The chase was on!

No one could keep up with him, and he disappeared into the underbrush surrounding our development. I was panic-stricken. I called his name, but that selective hearing doxies possess was clearly affecting him.

I reached for my cell phone to rally the rescue to help find him, and the quest began. One member took Homer, who had been walking with us while I continued searching.

As the sky opened up and a light rain fell, neighbors joined in the search. Two hours passed. I searched through yards, under porches, and even climbed in drainage pipes looking for my little guy, all the time fearing the worst.

Some people searched in their cars, others on foot, while others called the police and local veterinary hospitals.

I have never been as thankful for cell phones as I was on that day.

Another hour passed, then another. I was soaked, crying, and yelling his name through the entire search.

Then, just as I thought all was lost, my phone rang. "Come home. There is someone here you might want to see." I was almost a mile away but made it back to the house in record time.

There to greet me were DRBC members, neighbors, friends, and yes, Smokey. His tail was wagging. He was dry and safe and, best of all, home. I could have killed him.

On the other side of the underbrush he had crawled through was another set of homes. As the rain began, Smokey used his nose to find the house where people were happy, and breakfast was being prepared. Paws on the sliding door and a little bark gave him access. Comfortable on the couch, he watched cartoons and was even treated to a plate of eggs. Never underestimate a dachshund.

I learned some valuable lessons that day. Smokey had slipped his collar to get away. Now he wears a harness and is microchipped. Smokey and I are blessed with good friends that really care. Smokey does not need to get walked by anyone other than Mom.

It is hard not to panic. It is hard not to cry, but if you are in an unfortunate situation like this, use the checklist in the next column. Many of the steps listed there brought Smokey home that day, and they may help you as well.