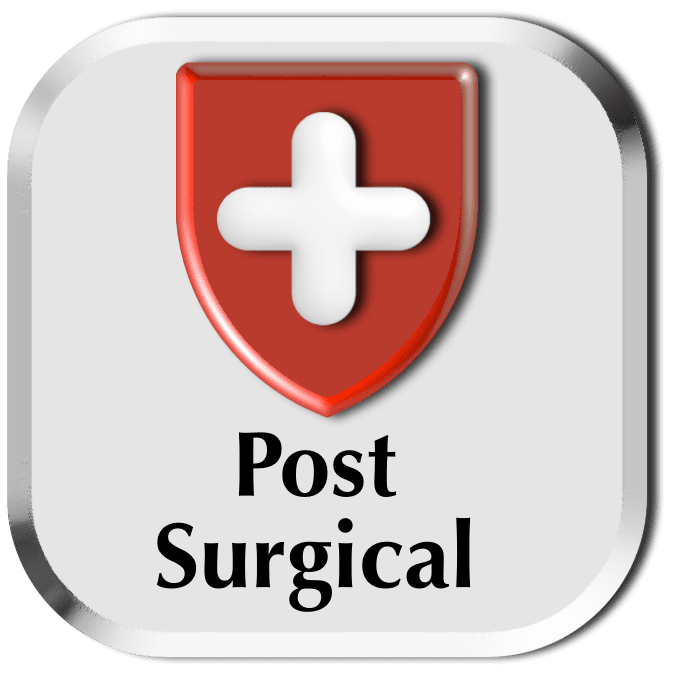 The treatment path following surgery is critical for the maximum return of functionality for dogs with IVDD. A well-thought-out schedule and attention to the needs of the recovering doxie are the minimal requirements for support. It is important to remember that although full recovery may not come for weeks or even months, the steps taken during those first days of the recovery process may make all the difference to you and your doxie.

Smokey is a very special little guy. He is pictured in our banner and some of his stories appear throughout the website. While all are loved in his home, Smokey is a favorite son. Smokey turned 20 years old on Feb. 14, 2011, and no one could have anticipated that this spry senior would develop an acute disc rupture, but he did.

One night as dinner was being prepared; Smokey's voice was not heard. He didn't come running into the kitchen with his brothers looking for his bowl. Smokey was found in the front hallway, just sitting. His tail was not wagging and he was trembling. He could not stand or walk. And so his journey began.

Smokey needed surgery, but he was high risk. His age, the fact that he was in the early stages of renal (kidney) failure, and the presence of a mild heart murmur were all against him. Still, he was crated and after his brothers and sisters finished dinner, he was whisked away to the emergency vet.

He failed his neurological exam, and his pain was worsening. The decision was made to admit him for a morning MRI following a night of fluids for his kidneys. The MRI told us that he needed surgery, and so the decision was made. Smokey had surgery that morning to remove the ruptured disc material and relieve the pressure on this spine. And then his recovery began:

NOTE: This section of the DRBC website is offered as a medical reference only. DRBC is not operated by veterinarians. Seek the attention of your veterinarian to obtain a complete understanding of any of the topics listed.